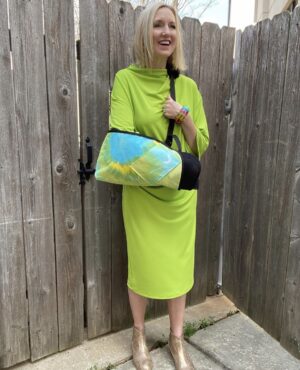 Influencer @sojazzed, was in need of shoulder surgery, and an amazing accessory to go with her outfits (and ugly black sling)! She styled this Slingz! In Sea Breeze Tie Dye to match her lime green dress perfectly, and become shoulder chic.

Style and function collaborate! Make it yours with over 70 fabric and 10 trim options. Slingz! standard features include a soft adjustable neck tube, thumb loop which prevents sling creep, and is longer which prevents wrist drop.

There’s no need to worry about your ugly sling, brace, or cast if you’re a “broken” influencer and have to keep up with your posting because we have a solution for every age and every style. CastCoverz! Is here to make you feel better, so you heal better.

One of the world’s favorite days of the year is here; Super Bowl Sunday.  All fans have one thing in common, and that’s looking forward to the Super Bowl for the entirety of their season in hopes of seeing their favorite team play in the ultimate championship game (not to mention all the amazing commercials and Halftime show). 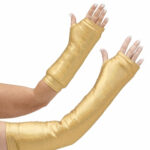 No matter what team you’re going for this Super Bowl, we have the right CastCoverz! for you. This Armz! In 24 Karat (perfect for a wrist or arm cast) is also available in Bootz! and Legz!. 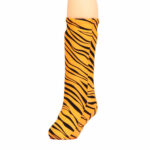 Show off your team pride during the Super Bowl with this Legz! In Bengalicious to cover your leg cast. Also available in Armz! And Bootz! 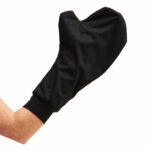 If you’re worried about getting the winning team’s champagne shower on your dry cast, we have a solution for you! Our Mittz! Dry in Black is the perfect solution to protecting your fingers and keeping your hand cast, splint or brace dry from wet conditions.

We’d love to see how you celebrate in your CastCoverz! Comment more family friendly ideas for how to celebrate on Super Bowl Sunday with an injury.

In this Facebook Live: All Things Orthopedic, Annette de Lancey (Founder and Owner of CastCoverz!) speaks with Dr. Scott Hoffinger, Medical Director of OrthoPediatrics, and Board Certified Orthopaedic Surgeon, about why orthopedic walking boots are prescribed!

Not all broken bones, sprains or soft tissue injuries require a cast; sometimes an orthopedic walking boot is the best and most comfortable option for a patient as they heal.

Why are so many orthopedic walking boots prescribed now?

When you have a broken bone in your foot, you need a firm base to step on, but casts are not always necessary (24/7 support), this is where an orthopedic walking boot can be helpful. Boots are also good for sprains and soft tissue injuries.

Orthopedic walking boots can be beneficial but wear them with caution, if you are supposed to wear them all the time when you are standing up, comply with that. They can be just as effective as casts, but they can be taken off for sleeping and showers.

Check out some of our orthopedic walking boot accessories like Bootz! and Sleeping Bagz! to provide fashion and comfort during your healing journey.

Leave your family-friendly comments below, and be sure to join us for our next All Things Ortho event!

In this Facebook Live: All Things Orthopedic, Annette de Lancey (Founder and Owner of CastCoverz!) speaks with Dr. Scott Hoffinger, Medical Director of OrthoPediatrics, and Board Certified Orthopaedic Surgeon, about rashes and infections that can develop under casts.

No need to worry about infection right off the bat if you or someone you know is in a cast. Casts do not cause infection; however, the environment inside a cast often allows bacteria to grow or spread more easily. We encourage you to pay attention to signs of irritation or pain inside your cast in order to prevent infection and/or a spreading rash.

What kinds of infections and rashes can you get inside a cast?

It is very important a cast is not too tight, as this can lead to pain inside of the cast caused by pressure. Some things that you can get from a cast are simple infections (pimples) and ingrown hairs. You can also get Impetigo (a skin infection) that will be both under the cast and elsewhere (normally above the cast).

Maceration is a condition that is caused by excessive exposure to moisture.  Washing dishes, hot tubs, etc… are often the culprits.  If you get your cast wet, priority #1 is getting the cast dry. To dry out your cast we recommend The CastCooler a product invented by a dad that wraps around your cast and attaches to your vacuum cleaner.  A patented inverter valve blows cool air in your cast (fiberglass only) which dries out the moisture absorbing layers of your cast that are trapped next to your skin.  Though rare, maceration can also be caused by unsanitary conditions while the cast was being applied.

The most concerning thing that was found by chance was chickenpox. If someone has chickenpox, doctors will remove the cast at the very least to look at the extremity.

As always, it’s important to keep your cast clean and dry, and let your physician know if you suspect an infection or rash inside your cast.

Stay tuned for our next All Things Ortho! Leave your family-friendly comments below.